For over twenty years, Bradford D. Brown has been a successful Santa Barbara personal injury attorney, earning the trust and respect of clients, colleagues and judges alike. A professional in personal injury law, Brown is described as “aggressive, yet very civil” – a personable and intelligent attorney who is compassionate and easy-to-talk to; yet steadfastly determined to win satisfaction for each and every client he represents.

“I want to make sure my clients are compensated adequately for their injuries or loss. I can’t give them their health back, I can’t take away the damages; but the law recognizes they’re entitled to compensatory damages and I intend to get them as much money as I can; to get them back on their feet and into society as fast as possible, so they can get on with life.” – Bradford Brown, Santa Barbara Personal Injury Attorney 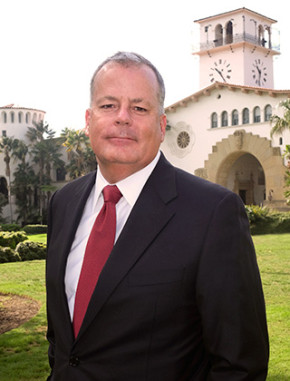 Bradford Brown is a graduate of from Lewis & Clark College in Portland, Oregon in 1983 with a Bachelor’s in Economics. Upon graduation, Bradford was employed as a financial analyst at Raytheon Company, and as a Forensic Economist at Freeman & Mills, Inc., which gave him the foundation and unique qualifications to analyze and build damage models in a litigation setting which ignited his passion for law.

Brown’s hunger for law motivated him to graduate from Southwestern University School of Law in Los Angeles, CA in just 22 months, earning his degree (J.D. 1992) well in advance of the typical 36-month timeframe. Soon after, he established a practice in Santa Barbara; where he has lived since 1970.

Bradford Brown is licensed to practice law in California, United States District Court-Central District, and his practice is limited to representing person injured by the negligence of others. Over twenty years later, his passion still remains in the courtroom, defending his Santa Barbara community.

Bradford enjoys spending time with his three children and is an avid cyclist, skier and tennis player.

If you or a loved one believes you have a personal injury case, please do not delay. Contact Bradford D. Brown right away for a fair, free and friendly evaluation of your claim. You will talk in a convenient and comfortable setting, and get a clear understanding of how we would proceed. The team at The Law Offices of Bradford Brown is compassionate, qualified, and eager to see you receive the full compensation you rightfully deserve. We advance all court fees and costs. No attorney fee if no recovery. Please call: (805) 963-5607 or contact us on our contact page.

Bradford Brown is wonderful! Stephanie, his legal assistant is wonderful! Our case took a while and we were always kept up to date and well informed of what to come next. If we were confused, Bradford or Stephanie would explain things so that we understood. He is a top notch lawyer and a wonderful person! I would highly recommend Bradford Brown!! ~Michelle 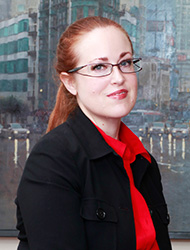 Stephanie K. Sivers has worked in the legal industry since 2001 and has gained an exceptional variety of experience. Aside from many years of hands-on work in the legal industry, Ms. Sivers has a unique and richly diverse educational background; including classical music and opera study with some of most prestigious instructors and institutions in the world.

Ms. Sivers has worked directly for Bradford D. Brown, Esq. at The Law Offices of Bradford D. Brown, APC, for most of her career in the legal industry. Aside from the experiences gained from working for one the leading personal injury attorneys in Santa Barbara, Ms. Sivers was fortunate to work with some of the highest ranked mediators and arbitrators in California during her time at Judicate West.

Ms. Sivers will be commencing her studies of law in August 2015 and will be working towards a Juris Doctor degree with an aim of practicing law in her home town, Santa Barbara.

Many of our cases are referrals from other lawyers. Learn more about our referral fees and referral arrangements.